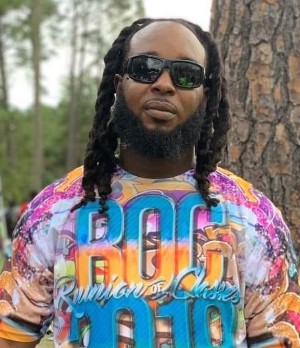 At the cross, at the cross, where I first saw the light, and the burden of my heart rolled away.  It was there by faith, I received my sight, and now I am happy all the day.  Today with sadness in our hearts, the Davis funeral home, 301 North Oak Street, Ocilla Georgia   31774, pause to announce the death of Mr. Johnny Martin Jr. of Ocilla.  Born in Ocilla Georgia to Mrs. Gloria Morgan Martin and Mr. Johnny Martin Sr.  Mr. Martin enter into eternal rest on Thursday January 30, 2021 in Douglas, Coffee co. Georgia.  Born April 19, 1985 in Fort Hood Texas.

A Home going celebration for Mr. Johnny Martin Jr. is planned for Saturday January 8, 2022 at 11:00 a.m. from the Ocilla city cemetery, 301 East Valdosta Ave. in Ocilla. Rev. Emanuel Ellison will deliver the eulogy and committal.   Mr. Martin will lie in state at the Davis funeral home in Ocilla, Friday morning 10:00 a.m. until 6:00 p.m.  The Davis funeral home of Ocilla has charge of all arrangements.  Please continue to pray for the Martin and Morgan families.