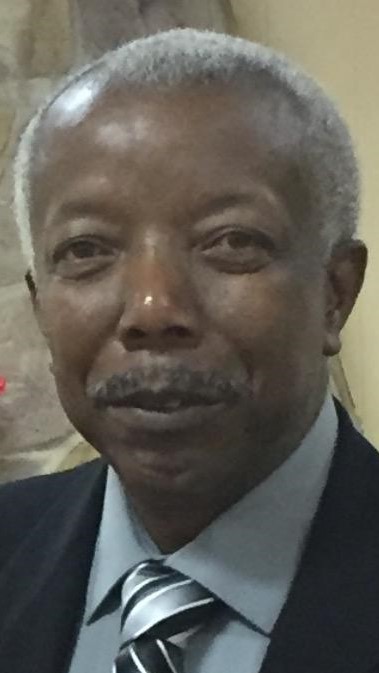 What a friend we have in Jesus, all our sins and griefs to bear.  What a privilege it is to carry, everything to God in prayer.  With sadness in our hearts, the Davis funeral home, 301 North Oak Street Ocilla Georgia 31774, announce the death and homegoing celebration for Mr. Ernest  Algernon Davis of Fitzgerald and Ocilla Georgia.  Born April 4, 1956 in Ocilla Georgia to the late Mr. Ernest Davis and the late Mrs. Lena Mintze Davis.  Mr. Davis aka Al received God's call from labor  to reward on Friday September 25, 2020 at Crisp Regional Medical Center in Cordele Georgia.  Mr. Davis is survived by his wife: Mrs. Ernestine Davis of Fitzgerald Georgia. their daughter: Ms. Shannon Cunningham of Fitzgerald Georgia. One sister and brother-in-law: Dr. Camille Davis Williams and Dr. Melvin Williams of Atlanta Georgia. Two aunts: Mrs. Gussie Davis Phillips and Mrs. Josephine Spaulding Davis of Ocilla Georgia, along with a host of nieces, nephews, cousins relatives and friends.  A home going celebration for Mr. Ernest Algernon Davis aka Al is planned for Saturday October 3, 2020 at 1:00 p.m. at the Ocilla city cemetery 701 North Oak Street Ocilla Georgia.  Rev. Charles A. Anderson Sr. will deliver the eulogy and committal.  Mr. Davis will lie in state on Friday afternoon from 1:00 p.m. until 6:00 p.m. at the Davis funeral home in Ocilla. The Davis funeral home of Ocilla has charge of all arrangements.  Please continue to pray for the Davis family.