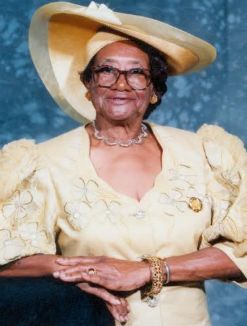 With sincere sympathy the Davis funeral home of Ocilla Georgia announces the death and funeral services for the late Mrs. Ludell Jenkins Hall of Ocilla.

Funeral services for Mrs. Ludell Jenkins Hall will be held on Saturday April 23, 2016 at 11:00 A.M. from the Pleasant Grove 1st Baptist church located at 215 East 7th Street in Ocilla Georgia. The pastor Rev. James C. Curtis will officiate, interment will follow in the Ocilla cemetery on Valdosta Ave, in Ocilla. Mrs. Hall will lie in state from Friday morning 10:00 A.M. until 7:00 P.M. at the Davis Funeral Home in Ocilla and Saturday morning at the church until the Funeral hour. The Davis funeral home of Ocilla has charge of all arrangements.