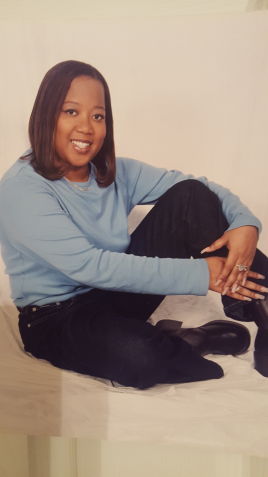 The family and friends of the late Ms. Jacquelyn Dianne Fuller of Alapaha will regret to learn of her death on Tuesday morning February 23rd 2016 at 118 Charles Street,Alapaha.  Ms.Fuller is survived by her parents: Mrs.Shirley Dianne Scott(Wayne) of Adel,Georgia, Mr.Jackie L Fuller of Nashville,Tenn., Grandmother; Mrs.Doris Davis;Great-Grandmother: Ms. Frances Carter all of Alapaha, Georgia and host of aunts, uncles, cousins, other relatives and friends.

Funeral services for Ms.Jaquelyn Diane Fuller will be held on Saturday February 27, 2016 at 12:00 noon from the Little Flock Missionary Baptist Church located 158 Irwin(Irwin Co) Community where the Bishop Richard Denning,Pastor will deliver the Eulogy.  Interment will follow in the St.Luke Cemetery, Coleman-Warren Berrien Co.  Ms.Fuller will lie in state at the Mt. Mariah Missionary Baptist Church, Alapaha, Georgia where Rev. Marvin H. Smith serves as Pastor from Friday afternoon 4:00P.M-7:00P.M. and Saturday morning at the church until the funeral hour.  The Davis Funeral Home of Ocilla has charge of all arrangements.. Family can be located at 118 Charles Street Alapaha, Georgia 31622

12
#15 Leslie Graham 2016-03-12 02:35
Jacquelyn will be greatly missed. I really appreciated the inspirational message she sent me. I always enjoyed her smile at the Graham family reunion. We are here for you. God bless and comfort the Fuller family
Quote
#14 Elois Burroug Cooper 2016-03-04 04:33
dearly Beloved family,
My prayer is that your faith will help each of you through this very difficult process on your journey; that you will find strength to get you through your grief and sadness of Jacquelyn's transition. In thinking about Jacquelyn, you and your family ray of sunshine; I'd leave you with this quote, "But we can know that nothing that is loved is ever lost and no one who has touched a heart can really pass away because some beauty lingers on in each memory of which they've been a part." E. Brenneman
Quote
#13 Jo Wilson 2016-03-02 18:29
Dear Dianne & Family,

I am sad to hear the news about Jacquelyn. She was beautiful just like her mother! I know she must have brought great joy to your life and I cannot begin to imagine the sorry you must feel.
Please know I am thinking of you across the miles...

Please accept my deepest sympathies. Jacquelyn is so beautiful, just like her mother! I know the joys she must have brought to your life and cannot even begin to imagine the sorrow you must feel.
From over the miles, I am thinking of you!

Peace and Love,
~Jo
Quote
#11 Martha Dove 2016-02-27 01:07
Diane,
I am so sorry for your loss. She was a precious person, like her mother. Just know, I am praying for you and your family.
Quote
#10 Chantell Stonecypher 2016-02-26 22:08
Dear Dianne, Jackie, and family,
My heart was so saddened when I heard of Jacquelyn's passing. The world has lost a most precious young lady. No matter what she faced, she always had a beautiful smile on her face and a wonderful attitude in her heart. She will be greatly missed. May God comfort you as only He can. We are praying for you and if we can do anything else please let us know. Love to you all!
Quote
#9 Betty Purvis Metts 2016-02-25 21:52
Diane, Jackie, and family; My heart is broken to hear of sweet Jaquelyn's passing. She was such a precious spirit, and I remember her fondly from Alapaha Elem and our Brownie troop! On days she felt bad, you would never know as she never complained and always had a smile and positive attitude. Such a wonderful friend to my Ashli! My thoughts and prayers are with you all. Love, In Christ, Betty
Quote
#8 Kay Giddens 2016-02-25 21:32
To Diane and family. I don't know if you will remember me from the years that I lived in Alapaha. I remember you and Jacqueline so well. She was a beautiful and sweet girl. Praying for God to comfort as only He can.
Quote
#7 Margaret Price 2016-02-25 18:25
To the Family,

Hold tight to memories for comfort, lean on your friends for strength, and always remember how much you are cared about. Please know that thoughts of peace and comfort are being sent to you during this time of bereavement.
Quote
#6 Michelle Barton 2016-02-25 17:17
Dianne, Jackie and Family,

I am so sorry to hear this news. She was such a pretty and sweet girl. I will keep all of you in my thoughts and prayers.
Quote
12
Refresh comments list
RSS feed for comments to this post
JComments