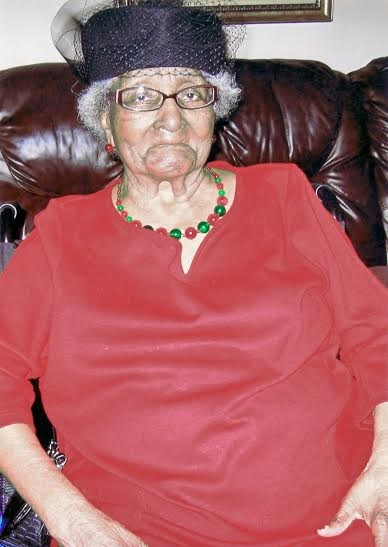 The friends and family of Mrs. Blanche Middlebrooks age 104 of Ocilla Georgia will regret to learn of her death at the home of her daughter and son-in-law Mr. and Mrs. Willie Fred Walker of Ocilla, surrounded by family members.

Funeral services for Mrs. Blanche Middlebrooks will be held on Saturday February 14, 2015 at 11:00 A.M. at the Pleasant Grove 1st. Baptist Church 215 East. 7th. Street of Ocilla. The Pastor Rev. James Curtis will officiate, interment will follow in the Ocilla city cemetery. Mrs. Middlebrooks will lie in state on Friday morning 10:00.A.M. until 7:00 P.M. at the Davis Funeral Home in Ocilla, and Saturday morning until the hour of the funeral. The Davis Funeral Home of Ocilla is in charge of all arrangements.

#1 Shirley Harris 2015-02-14 14:37
With all my love and sympathy. I will miss coming to see Mrs Blanche every time I come home. To all of the family allow God to strengthen and comfort you. may God continue to bless you. Shirley Harris
Quote
Refresh comments list
RSS feed for comments to this post
JComments