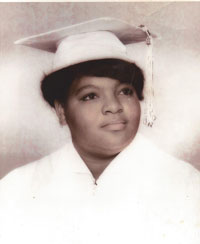 #1 Connie Williams 2014-11-15 15:23
You have my sympathy on the loss of your loved one. Please allow God to comfort you through His promise to care for our dead loved ones at John 5:28,29. It's so stressful to deal with the death of a loved one because Death was never supposed to be a part of life so God didn't create us with the ability to be content with this loss but our loving creator, Jehovah God, promises to do away with death {Isaiah 25:8} and the one who causes death Satan{Hebrews 2:14} real soon through His Kingdom in the hands of His Son Christ Jesus so that His purpose for mankind can be realized which is to live on a paradise earth under perfect and peaceful conditions. {Genesis 1:27,28; Psalms 37:9-11,29}
Quote
Refresh comments list
RSS feed for comments to this post
JComments